Epidemics and pandemics are, unfortunately, nothing new. A simple glance at the history of mankind is enough to show that the struggle of our species against infectious diseases has been constant. Not to mention the recent Covid, the Black Death, cholera, tuberculosis, influenza, typhoid or smallpox are just a few examples of those that have left indelible traces…

Each disease requires specific action and the implementation of different prevention, response and treatment mechanisms. This is why it is essential to identify the origins and modes of appearance of pathogenic agents.

In this regard, approximately 60% of emerging infectious diseases reported worldwide are zoonoses (which are transmitted between animals and humans). It is estimated that approximately one billion people worldwide become ill and millions die each year as a result of zoonotic events. And of more than 30 new human pathogens detected in recent decades, 75% originated in animals .

They are generally unpredictable, as many originate in animals and are caused by new viruses that are only detected after the fact. However, there are at least ten factors that we already know for sure are linked to the emergence of a future epidemic or pandemic. They are gathered together and explained below.

The damage caused by war is obviously numerous and complex: the deaths, injuries and mass displacement of people to flee the fighting are the most obvious. But the emergence of infectious epidemics is also closely linked to conflicts.

In 2006, cholera outbreaks were reported in 33 African countries, 88% of them in conflict-affected countries. In recent years, several countries in the Middle East and Africa have experienced infectious epidemics as a direct consequence of war, exacerbated by food and water shortages, displacement and damage to infrastructure and health services.

Land use change is a major modification of the ecosystem directly induced by human populations. The consequences are very wide.

These alterations can indeed affect the diversity, abundance and distribution of wild animals and make them more susceptible to infection by pathogens. Furthermore, by creating new opportunities for contact, they facilitate the circulation and spread of pathogens between species , which can ultimately lead to human infection.

Through deforestation and forest fragmentation, we promote the extinction of specialist species in these habitats and the development and installation of more generalist species. Some wildlife species that are hosts of pathogens , particularly bats and other mammalian species such as rodents, are relatively more abundant in landscapes so transformed, such as agricultural ecosystems and urban areas, than in adjacent undisturbed sites.

The establishment of pastures, plantations or intensive livestock operations near forest edges can also increase the flow of pathogens from wildlife to humans .

Climate change increases the risk of interspecies viral transmission . Many virus species are still unknown, but are likely to have the ability to infect our species. Fortunately, the vast majority of them currently circulate silently among wild mammals.

However, the expected rise in temperatures with climate change will lead to massive migrations of animals in search of milder environmental conditions, which will facilitate the emergence of “biodiversity hotspots” (threatened biogeographical area with at least 1500 plant species and endemic animals). If they reach areas of high human population density, primarily in Asia and Africa, new opportunities for zoonotic spread to humans will arise.

According to recent predictions based on climate change scenarios, by 2070, virus transmission between species will increase approximately 4,000 times .

Globalization has facilitated the spread of many infectious agents to all corners of the world.

The transmission of infectious diseases is the best example of the growing porosity of borders. Globalization and increased connectivity is accelerating the potential emergence of a pandemic , and its rapid spread, due to the constant movement of microorganisms through international trade and transport .

Transmission of zoonoses can occur at any point in the bushmeat supply chain, from hunting in the forest to the place of consumption. Pathogens that have been transmitted to humans from bushmeat are numerous and include but are not limited to HIV, Ebola virus, simian foamy virus and monkeypox virus …

An ecosystem with high species richness reduces the encounter rate between susceptible and infectious individuals, which decreases the likelihood of pathogen transmission. Conversely, live animal markets and other hidden illegal trade enclosures are places where the most diverse species are crammed into overcrowded cages.

Under these conditions, they not only share the same unhealthy and unnatural space, but also disease-carrying ectoparasites and endoparasites. Animals bleed, drool, defecate, and urinate on each other, resulting in the exchange of pathogenic microorganisms and parasites, forcing species interactions that should never have happened .

Microorganisms are constantly evolving, naturally and in response to direct and indirect selection pressures from their environment. A well-established example is that of the influenza A viruses, whose ancestral reservoir is waterfowl, from which they succeeded in infecting other types of animals.

The worldwide development of many types of antimicrobial resistance in common human pathogens is a clear demonstration of the enormous capacity of microorganisms to adapt rapidly.

Over the past decades, in many countries, there has been a gradual withdrawal of financial support to public health systems.

This decimated the critical infrastructure needed to deal with sudden outbreaks. The recent and rapid emergence of new infectious disease threats, such as Covid-19, coupled with the resurgence of older diseases, such as measles and tuberculosis, has important implications for global public health systems .

We must be aware that preparing for possible future epidemics and pandemics requires careful and careful study of the potential factors that facilitate the emergence of infectious diseases. A careful and critical analysis will allow the design of future forecasting and prevention strategies. 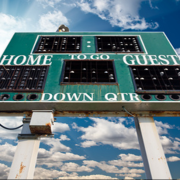 Pancreatic neuroendocrine tumors may be treated through drug combination